The wide variety that Provence has to offer can make it difficult to decide how to make the most of your valuable time. Explore Provence by day, relax by the pool, BBQ and drink champagne by night! 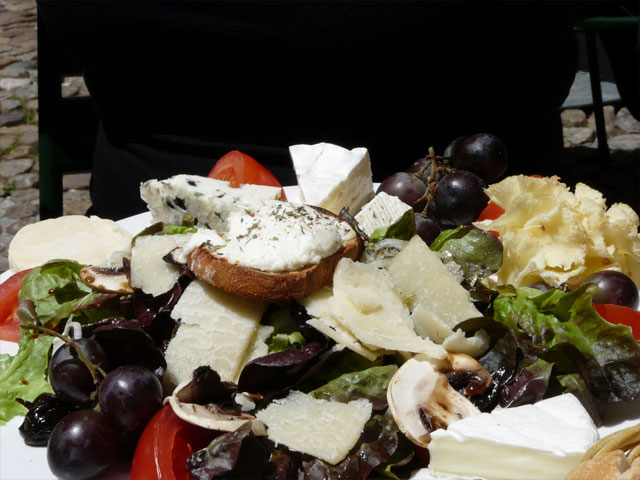 The vineyards of southeastern France include the southern part of the Rhone Valley (Vallée du Rhône Meridionale), including the famous Châteauneuf-du-Pape, and Provence, where French vineyards started - 2,600 years ago.

Explore footloose or let us do the driving in an organised tour.

2000 years ago over 1000 people worked for 5 years on the construction of the Pont du Gard, a Roman-built aqueduct. The objective was to bring water to the city of Nîmes via a 50km long aqueduct.

Since then people have flocked to marvel at the work and is one of France’s most visited monuments. We have a discount card for the entrance fee.

Why not make it an adventure and let us organise your transport ... a gentle paddle down the Gardon river by kayak.

The town of Uzes is noteworthy for the fine 16th century houses in the town, many with ornate iron balustrades, dating from when it was a wealthy textile centre. A spectacular Duchy with a reining Duke and Duchess. Exciting decorator shops, Art galleries, Music festival. Dozens of bars and restaurants... A size that allows to get intimate with the quaint medieval streets packed full of history. A fabulous Saturday Market that takes over the whole town, with not only the freshest produce available, but everything else Provence is famous for.

Avignon is one of the most ancient towns in Europe, the origin of this city dating back to 3000 BC. Set on the Rhone River, the city is known for its contributions to the arts and was selected "European City of Culture" in 2000. Thanks to its architectural and artist heritage, this old city is one of the most important gothic ensembles in Europe. Visit the massive Palais des Popes, which resembles a medieval fortress-castle, Rocher des Doms Park and the Pont d'Avignon Bridge. If you can, catch the famous Summer Theater Festival! 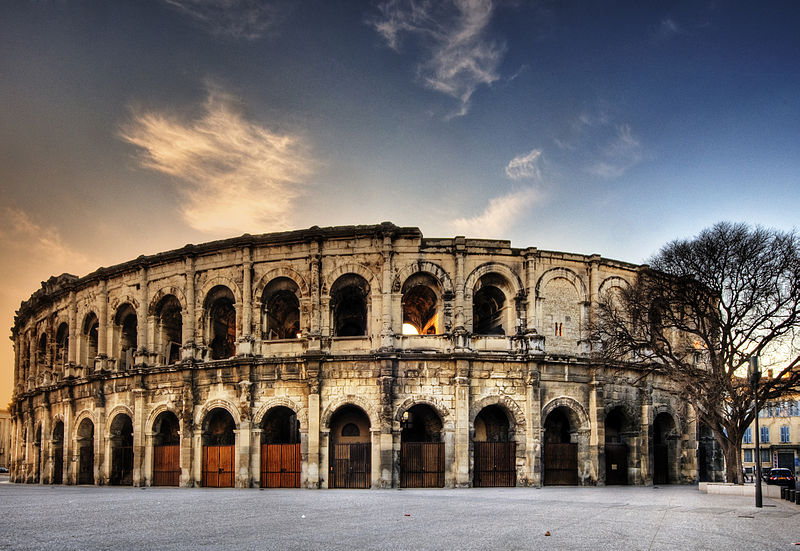 Is inescapably linked to two things – denim and Rome. The Roman influence is highly visible in some of the most extensive Roman remains in Europe. Nimes' almost intact Roman arena holds special events from Corridas (bull fights) to musical festivals. It is also the origin of the first manufactured denium in the city's textile mills, and exported to the southern USA in the nineteenth century to clothe slaves. It's worth a visit, in part for the ruins and, nowadays, for the city's new-found energy and direction, enlisting the services of a galaxy of architects and designers – including Norman Foster, Jean Nouvel and Philippe Starck.

The Camargue is a river delta where the Rhône meets the Mediterranean Sea - western Europe's largest river delta. Established as a national park and nature reserve, the Parc Régional de Camargue covers 820 km2 including some of the wildest and most protected in Europe. It is a major world heritage wetland.

The area boasts exceptional biological diversity, and is home to unique breeds of horses and bulls, with more than 400 species of birds including pink flamingos, the only place in France where they nest!

Camergue horses form a distinct breed which live in semi-liberty and are one of the oldest breeds in the world, closely related to the prehistoric horses whose remains have been found elsewhere in southern France. At birth they are coloured dark brown or black, but turn white around the fourth year.

Check out the local golf courses on the following links:

If you have a group and would like to explore the region guided, we have also devised a selection of 7-14 day itineraries, which can, of course be modified to your own specification.

These tours, are intended to give you a broad view of the delights of Provence or specialist activities and include an English-Speaking driver and/or host.

Spring time temperatures are usually shirt-sleeve warm during the day and cool enough for light jackets at night. Weather often changes day-by-day, with a mixture of clear, sunny days interspersed with two or three days of partial clouds and some rain.

Summers are hot. But this isn't a day-and-night heat of it cools off at night. The air is often hazy, especially in the mornings. As the morning warms up, the haze burns off somewhat, especially as you get higher up into the hills.

Autumn days are usually clear and brisk, an excellent time to see the sites without the summer haze, and with fewer people.

Winters are mild, but even on the sunniest days temperatures drop to near freezing at night.

Within one hour’s drive:

Own transport or hire car to is recommended to explore all Provence has to offer! Cars are easily rented from your arrival point.

If you have a group of 8 or more, we can personalise a tour to suits your needs.